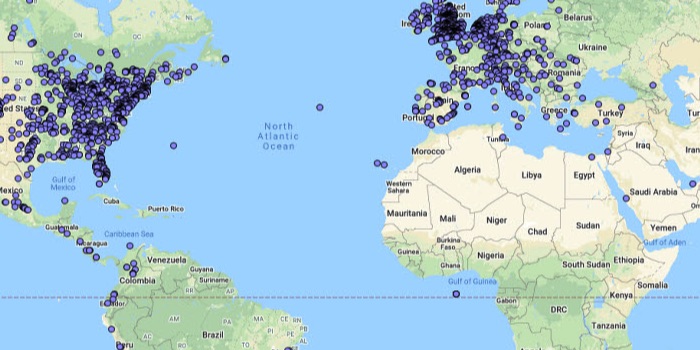 Most people find this website because they are disturbed by an unusual unidentified low-frequency sound that scientists now call the Worldwide Hum. The classic description is that The Hum sounds like a car or truck engine idling outside your home or down the block. Some people describe it as a low rumbling or droning sound. It is typically perceived louder at night than during the day, and louder indoors than outdoors. The sound can usually be masked by background noise, such as a fan or keeping the radio on. We estimate that 2-4% of the global population can experience this phenomenon under certain conditions.

The typical characteristics of the World Hum are that it follows sufferers wherever they go, and that other people in the same place and time cannot hear it. This may be a type of otoacoustic phenomenon generated internally in the brain and auditory organs, through mechanisms which are not yet fully understood, but for which this project tries to find answers and possible remedies.

Another group of sufferers have exceptionally sensitive hearing (hyperacusis) and pick up actual environmental noises, which other people either cannot hear or are not bothered by. We try to provide the reasoning tools for distinguishing between these two types. For the latter there might not be a universal remedy, since each case has a different source, which may or may not be possible to remove or silence.

This website documents and maps the self-reported data from people around the world who can hear The Hum, and also provides a serious and disciplined forum for scientific investigations and commentary. This is a volunteer, non-profit effort. Fund raising barely covers the costs of web hosting and basic equipment.

This is not a place for pseudoscience or conspiracy theories. There are no discussions here regarding so-called "Targeted Individuals" or microwave weapons. There are many other websites and forums for those interested in such things.

Dr. MacPherson can be reached at glen.macpherson@gmail.com. Due to the large volume of emails received, not everybody will receive a timely or full reply.

What is the Worldwide Hum ?

Am I hearing an external sound, or the Hum?

SUBMIT YOUR DATA TO THE MAP